Honoring those who lost their lives for our freedom 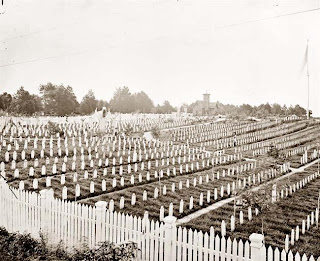 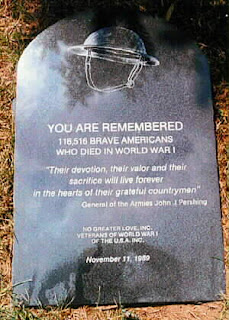 Who more than self
their country loved 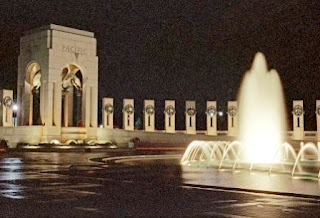 And mercy more than life 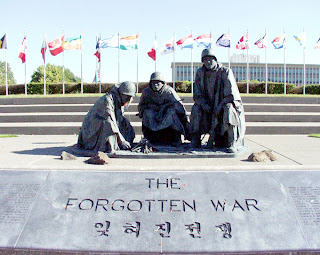 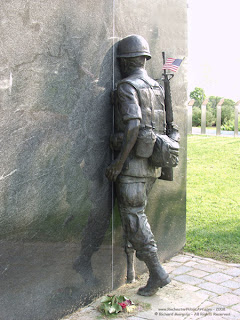 May God thy gold refine 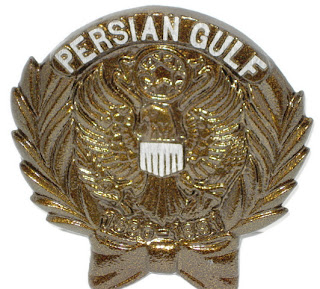 'till all success be nobleness 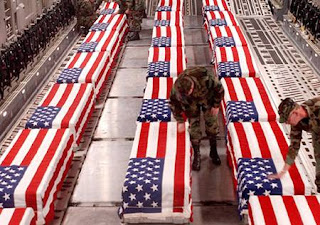 And every gain divine.

Posted by MeezerMom at 12:07 PM No comments:

This is what happens when there is no adult supervision

and you tell your neighbors "sure, I'll be working but you can borrow my firepit for the campfire". 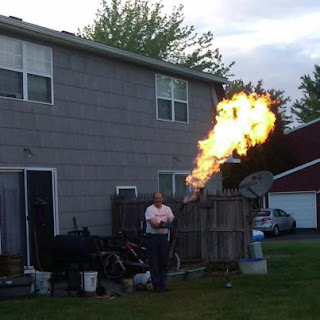 Honestly! I think that there MUST be cameras around my neighborhood that MUST be capturing the sheer bizarreness of daily life where I live.

2.  Next to him, new neighbors! oh JOY!! She left her husband 3 months ago, moved out of a 750,000 dollar home to live in our neighborhood.  she chose the 2 bedroom, 1 1/2 bath townhouse with no garage.  1300 square feet.  750,000 could possibly buy 5 duplex houses in our neighborhood.  She THINKS she is a better cook than, say, Bobby Flay.  In reality, most people just smile and throw out her food when she's not looking.  Oh, and she moved in with a man she met 3 weeks, yes 3 WEEKS before.  He's a nice guy.  She is UberBitch.  She is constantly complaining that he "only works construction" and doesn't make nearly enough money.  Hmmmmm, I wonder why her marriage didn't work out.

3.  Crazy drunk lady next door, and her 2 sons - one is just a dream, 23 years old, very nice, has manners and everything.  Well, except a job.  Seems that he rather enjoys not working and being able to get up at 4:00 pm and smoke pot until 9, then go out and drink until 2am.  And then there's the other one.  Who is now 29.  And STILL has the ambition to be a WWE wrestler.  RastaMcDonald.  Well, at least his hair is not in dreadlocks and orange and yellow anymore.  He's bald now.

4.  Mid life crisis man living behind me.  DUUUUUUUUUUDE.  Wearing a Hooters t-shirt to street parties (and campfires, etc) whenever there's "fresh meat" does NOT make him "sexeh" no matter how hard he argues it shows off his pecs.  I don't think he knows what pecs are because no one in the neighborhood cand find his.  And he doesn't realize that the 22 year old bar flies only like him because he has money, and 22 year old boys do not.  Oh, and his daughter is 18, so trying to date 22 year olds is just, ICKY.

5.  Mother of the Universe - I have lost count of how many children she has, and I think she has too.  I just chalk up any randomly appearing child in the neighborhood as hers.  And we seem to get more than our share of children that no one wants to admit are theirs.  Mainly because they seem to walk into trees.  Alot.

6.  Mid life crisis lady neighbor.  Former high school class mate and girlfriend of mid life crisis man.  She is dating her 24 year old next door neighbor. Oh did I mention that she has 3 children from 3 different husbands? And one of the ex husbands is currently living on her couch?

7.  Over the hill rock groupie.  Are you still a groupie when you are 57? I'm not too sure about that.

OMG I live in bizarro world

Leaf vacuuming crazy person across the street is now using a shop vac to try and get the snow off his driveway.  And his "lovely" corvette POS is in storage and he doesn't have a "winter" car anymore.  Number 1  - why bother - no one uses your driveway.  and Number 2 - WTF dude?
Posted by MeezerMom at 9:57 AM 3 comments:

Hey nut job across the street - the first time you took your hoover outside to vacuum the leaves on the driveway and front yard was funny - now it's just crazy and sad.  Please stop. Buy a rake.  Or a leaf BLOWER.  Also, I don't think your precious fugly 1993  Corvette will die if a leaf blows onto it for more than 10 seconds, so it's not necessary to sit in a lawn chair next to your car for hours on end to remove the leaves as soon as they hit your piece of crap, er, I mean sorry excuse for a car. And one more thing, I don't think that I am putting the leaves from my tree in your front yard intentionally, as you suggested in your 10 minute cuss word laced tirade at me last night.  I have better things to do, but this weekend I might just drive around collecting other peoples bags of leaves and throw them on your lawn in the middle of the night just for spite.
Posted by MeezerMom at 3:36 PM 3 comments: 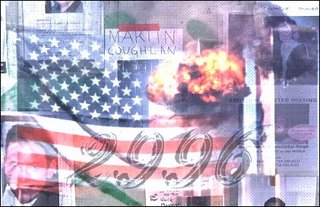 I did not personally know anyone in the Towers, on the planes or in the Pentagon that lost their lives that day. However, I signed up to be part of the 2,996 bloggers to remember an individual who was lost on September 11, 2001. This is a rememberance of one of the lights that was snuffed out that day.

There are not enough words for me to begin to honor or remember. I hope that I can do a little justice to Marlyn's short life. 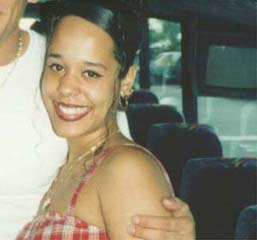 Miss Garcia was the valedictorian of her high school class at Bay Ridge Christian Academy. She was described as mature beyond her years. Smart. Sweet. Prom Queen. A young woman with character. Always smiling. Always nice to everyone. She turned down a scholarship to Syracuse University to remain close to her family, going instead to John Jay College, where, again, she touched so many lives with her kindness and smile. She was attending college as she worked at Marsh and McLennan. She would arrive an hour early each day so that she could leave to attend school in the afternoons. She wanted to work for the United Nations, travel, advocate for those who could not speak for themselves, to spread her light to others.
She had an entire lifetime ahead of her.
She had potential.
She was small. She was fearless. She was determined.
She loved her family. Her parents, her 2 sisters, her Uncle, to whom she wrote on Monday night, Sept 10 " I hope I get to see you Tuesday, I am going into work a little late because I want to vote" September 11 was New York City Mayoral Primary day.
She was a person that any young woman should look up to as an example of a caring and loving person. Someone to stive to be like. A loving Daughter, Sister, Neice, Cousin, Friend. A shining light. In every rememberance of Marlyn that I have read, everyone has described her as being one thing - an Angel. She was an Angel on earth to so many. She was, sadly, in Tower 1 when the plane hit. One of the 2,996 called Home that day. Called Home to be an Angel looking down on everyone she knew and cared about. To now spread her light from above. 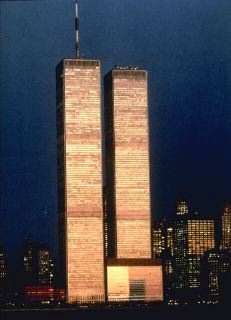 9/11/2006 I cannot believe that it has been five years. The emotions and feelings I have are still as raw as they were that day. In my cedar chest in my bedroom, I have copies of the New York Daily News, dated September 12, 2001, and showing all of the horror in still photographs. I looked at them on the day I purchased them. I have not looked at them since. I cannot ever forget those pictures. They are burned in my memory. I keep the papers to remember. I don't know why. I can't forget. I will never forget. None of us should never forget, so that will not happen again.

9/11/2009  When I wrote these words 3 years ago I could not believe the pain could still be so fresh in my heart. A couple of weeks ago, I went into my cedar chest and I looked at those papers dated 9/12/2001. I cried, gut wrenching, all out sobbing crying. And I thought about Marlyn. And I prayed that the terror for her was short.


9/11/2010 It's now been 9 years since that horrific day.  It seems a life time ago and yesterday, all at the same time.  Life changed forever that day.  Or  did it? It seems that the more years pass, the less our collective conscious remembers - that it was hatred that took over that day.  Hatred that is rearing its ugly head again - right here in our country.  Among our own citizens. Intolerance.  Hate.  The attitude of I'm right and you're wrong and we cannot have dialog anymore. We are living in times that seem to be even more dangerous than they were 9 years ago.  For the first time in my life, I'm scared for the future.  It's only been 9 years and it seems we have not learned a damn thing. Did all of those people, did Marlyn, die in vain? God, I pray not.  We need to dig deep inside and remember what we felt that awful day.  We need to remember how, when we reached out our hands that day, there was someone there to hold them.  Someone there to cry with, to grieve with.  To heal with.  We need to remember.  We need to remember the innocence that was lost that day.  We need to remember Marlyn and the 2995 others that were ripped away from us.  We cannot let their lives be lost in vain and hatred.


9/11/2011 - Marlyn did not get to live these past 10 years.  She did not get to get married, have children, graduate from college, have a career.  We did.  We got to live, and yet we didn't change a damn thing.  It's amazing how much we forget in 10 years.  How much we THINK we have changed things... progressed.  But we have not.  We have regressed.  We HAVE forgotten.  It's a damn shame.

On the night of 9/11/2001, we had a candelight walk in our neighborhood, led by the children. Then we all put our candles out on our porches to burn down during the night. When I light a candle tonight, as I did that night, and as I do every September 11, I will light it in Marlyn's memory.

Marlyn Garcia I will never forget you.
Posted by MeezerMom at 12:07 AM 1 comment:

Really, I spent friggin $49 for your fancy dancy orthotics for my poor aching feet.  My heels feel like I'm walking on burning glass.  So, I go to the local wally-world and get on that fancy shmancy Dr Sholls machine thing, look like a dink rocking back and forth, picking up one foot and putting it down, picking up the other foot and putting it down.  Then it tells me I need some specific orthotic.  Okie dokie.  It's less expensive than the orthotics  I got years ago from the podiatrist.  Plantar Faciitis.  It felt different 15 years ago, but ok, anything to take the pressure off my heels.  I take my happy purchase home and OH MY FRIGGIN LORD.  THEY ARE WIDER THAN ANY FRIGGIN PAIR OF SHOES I OWN.  So  I cram them in a pair, and MY HEELS ARE NOW ABOVE THE TOP EDGE OF THE SHOES.   Seriously? I cannot wear them in ANY of my work shoes.  Ok, so this may be my fault - I like little ballet like girly girl shoes - I cannot wear chunky shoes, or doc martens, or anything that resembles and army boot or something my grandmother would have worn in 1898.  I like girly girl shoes.  Like "Dorothy" shoes - pumps with pretty bows on them, pretty colored shoes, pointy toes, etc.  I also have a narrow foot.  These friggin things are wider than my feet and cannot be cut down.  ARRRRRRRGGGGGGGGHHHHHHH.  Can't they make orthotics that actually fit real women's shoes?  My feet are not SQUARE.  The orthotics are.
Posted by MeezerMom at 10:31 AM 10 comments: